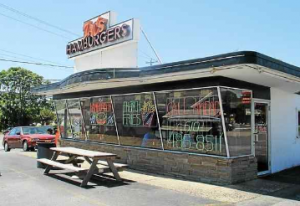 Family-owned Zac’s Hamburgers renewed their contract with Lincoln Financial Field’s food service provider Aramark. Football fans and concert goers will enjoy another year of delicious burgers that have served the area well for over 30 years. The Zac’s Hamburgers Franchise brings a little piece of Delco to the stadium’s food and customers can’t get enough!

Zac’s first year at the Linc as a Franchise was a huge success. Working with the Aramark Team proved to be very beneficial. The Franchise afforded Zac’s the opportunity to satisfy the insatiable appetites of Eagles fans and concert goers, keeping them calm and happy. You know how Eagles fans can get when they’re hungry! It’s needless to say that both Zac’s and Aramark are extremely excited that the Franchise will operate at the Linc for another season. The grills are fired up and the smell of mouth-watering burgers is filling the stadium air once again. 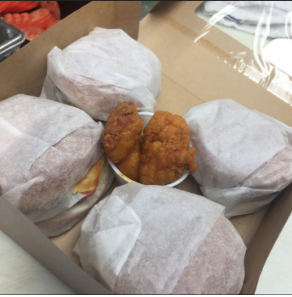 Zac’s uses the same ground beef recipe for their burgers served in all four of their restaurants – Crum Lynne, Folsom, Aston and Chadds Ford. One of their biggest sellers is the Zac Pack: four individually wrapped cheeseburgers with all of the fixings on them! Zac’s menu at the Linc also boasts a double cheeseburger, regular and jumbo size fries, soda and beer. Keeping with the Zac’s tradition of outstanding quality and service only their employees handle the product. If Zac’s is going to put their name on their products then their people have to be able to cook it. Trust us you wouldn’t want it any other way. 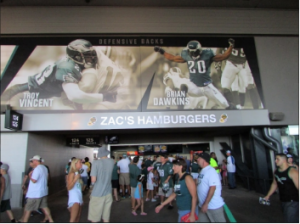 When you go to an Eagles game or a concert you want great food to eat while you’re there. What better way than to have a family-owned operation serving you the best burgers you’ll ever eat while cheering on the “Birds” or rocking out in the South Philly air.

The next time you’re at Lincoln Financial Field come check out Zac’s Hamburgers by section 125!