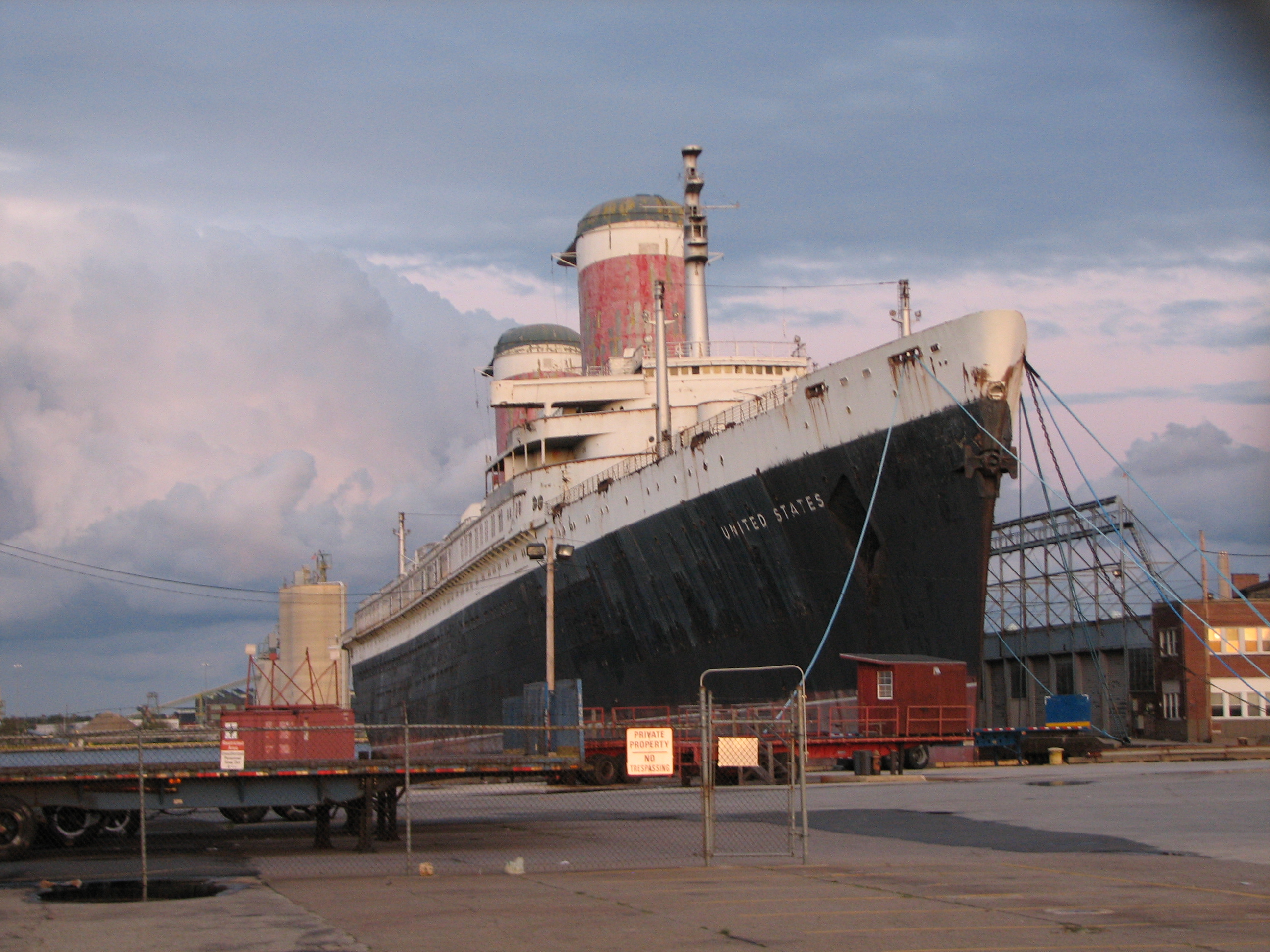 NORTH POLE – Santa Claus will be in the Philadelphia area tonight in advance of his annual trip around the world to deliver presents to good girls and boys.  He will be conducting a survey of chimneys throughout the city to ensure swift delivery of presents on Christmas Eve.  While in Philadelphia, he will be able to be spotted visiting the area’s largest chimney – the six-story-tall forward smokestack on America’s Flagship, the SS United States.  Santa’s visit to the ship will coincide with the lighting of the ship’s funnels and other portions of the famed ocean liner for the holiday season. 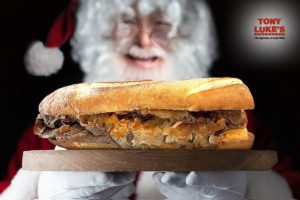 Santa can be viewed on board the ship starting at 6:30pm on Wednesday, December 21st from the parking lot near the Chik-fil-A Restaurant and IKEA parking lot across from the ship on South Columbus Boulevard.  Members of the Mummers Fancy Brigade will also be on hand to celebrate the season – and America’s Flagship – beginning at 6:00. Tony Luke’s will also provide specialty cheesesteaks and hot chocolate served by MBB Management.  MBB Management is a full service hospitality management company that oversees the entire Tony Luke’s brand.  Santa insisted on Tony Luke’s cheesesteaks for his annual Christmas visit to Philadelphia.

“Santa would like to thank the SS United States Conservancy for lighting this historic ship so beautifully for him as he conducts his important chimney survey,” stated the chief North Pole Spokes-elf Chip Evergreen. Santa is also considering using the newly-lit SS United States as a beacon on the Philadelphia waterfront in the event of bad weather.

For Santa’s visit, the SS United States will be lit for the first time using new, energy efficient LED lights to illuminate more of the historic vessel than has been done in decades.  The new lighting was made possible by the generous donation of $10,000 from cruise industry executive Jim Pollin that paid for a new generator and equipment to light portions of both the interior and exterior of the historic vessel.

The lighting of the ship will begin at 6:30pm.  Santa can be spotted from a distance aboard the ship from the gathering spot across Columbus Boulevard at around 6:45pm. “We are thrilled that Santa will be visiting the SS United States and will be welcomed by the Mummers and Tony Lukes. The SS United States may have smashed the transatlantic speed record, but Santa holds the global speed record,” said Susan Gibbs, Executive Director of the SS United States Conservancy. “We are happy to be a stop on his seasonal survey of chimneys in the Philadelphia area. The ship will be aglow with new lighting, bringing this iconic symbol of America to life again for this special time of year. ”

The Conservancy is deeply grateful to Tony Lukes, MBB Management and the Mummers for supporting the SS United States. To help save America’s Flagship with a gift this holiday season, log on to SSUSC.org.

Big shout out to @publicitynation for their suppo

This is what you call keeping it real. Nolan and J

This is a must see show! Please go to @soundmindne