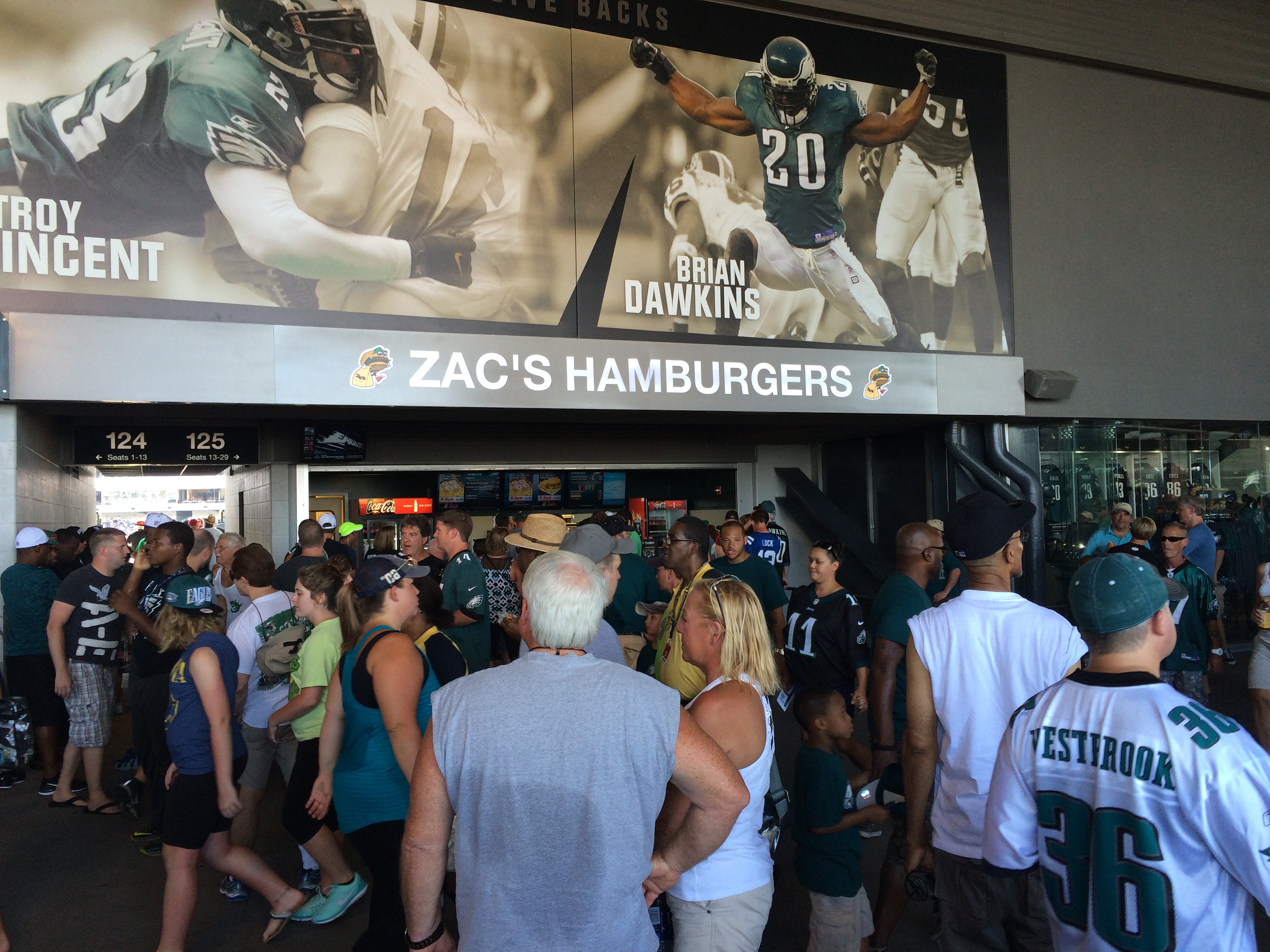 Zac’s Hamburgers, a MBB Management client, opened its FIRST franchise in Lincoln Financial Field in time for the 2015 Eagles Season. Zac’s Hamburgers has created the “Zac Pack” to satisfy fans in the stands. The Zac Pack includes four fully-loaded burgers tucked in a box for easy transportation. MBB Management joined Zac’s Hamburgers in the kitchen for the first day of preseason, and will help Zac’s Hamburgers as needed for the rest of the season. The line for Zac’s Hamburgers stretched into the concourse and customers left smiling as they returned to their seats with hot off the grill, hand formed hamburgers! 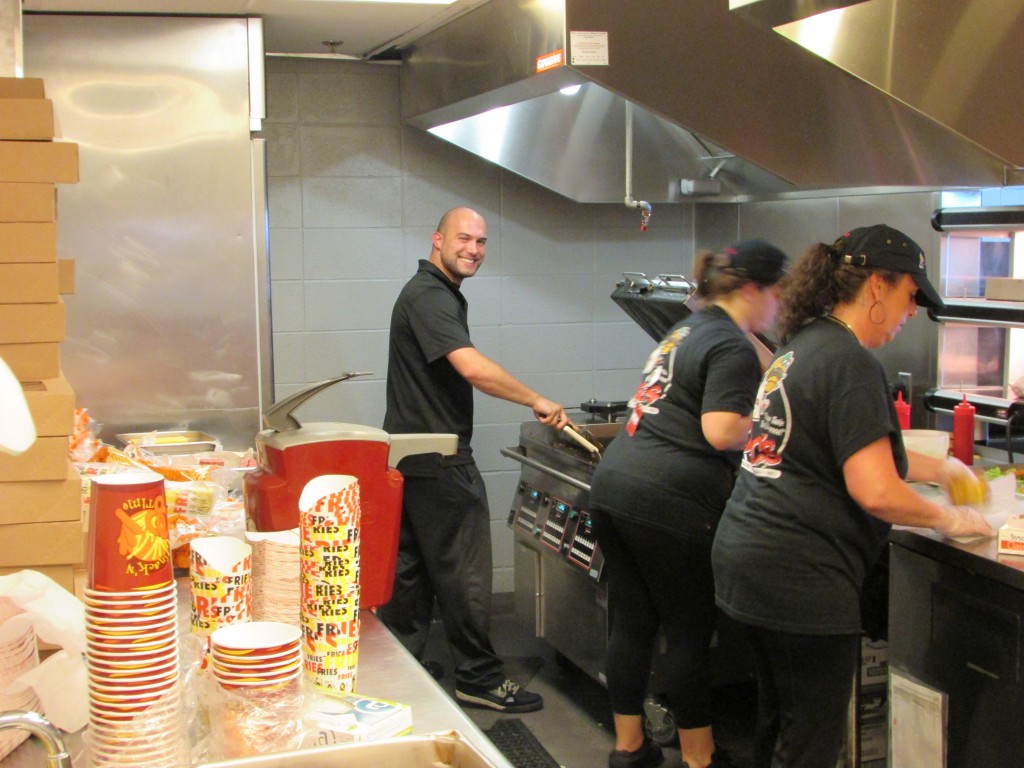 “Headquartered here in Philadelphia, Aramark has long been a partner of ours and we are pleased to continue our relationship with them,” said Eagles President Don Smolenski. “Aramark has embraced every initiative at Lincoln Financial Field and has worked alongside us on providing new and unique food and beverage options for Eagles fans. In addition, they have been instrumental in leading our commitment to sustainability by supporting every aspect of our Go Green program with recycling and composting.” 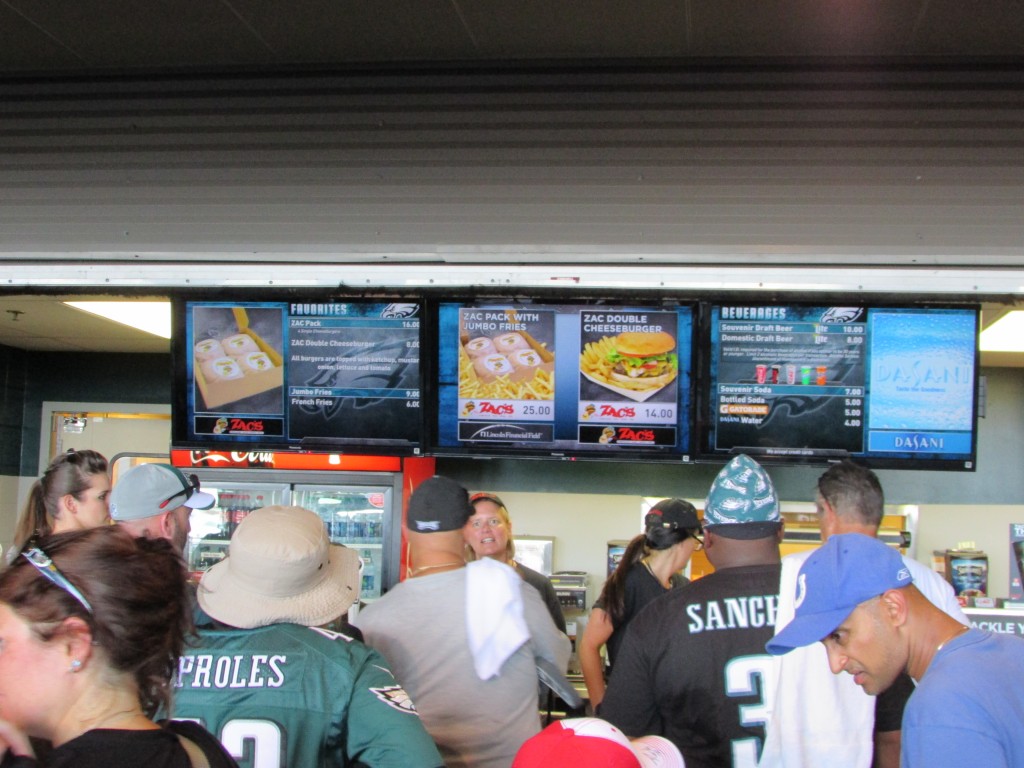 Weekly recap. Just a day behind lol. Welcome on b

Doesn’t matter in the linc or I. The lot @tonylu

This week at @liguoriacademy we where blessed to h

Ready to be a #businessowner or start franchising?