Flat Iron began as Tony Luke’s Sports Bar, which was essentially an overflow location for Tony Luke’s across the street.  Tony Luke’s Sports Bar closed in October 2012, and the building sat vacant for over a year. MBB proposed a complete overhaul and new direction for the empty building, and were hired as a management company to re-open the building for business. In January 2014, MBB began renovations and outlining a business for a new bar and restaurant concept, named Flat Iron. MBB’s goal for Flat Iron was to get it up and running and turning a profit, and then to sell the business to a new owner.

Serving as general contractors MBB completely redesigned the interior including: a new audio/visual system, POS system, lighting, an upgraded beverage system, dance floor and HVAC. The upstairs office was turned into a VIP lounge, office and private VIP room. An open upstairs space was turned into a private banquet room.  The main floor turned into a sports bar on one side with a dancing area complete featuring a dance floor and a DJ booth on the other.  Not leaving one detail untouched, MBB selected new dishware to fit the Flat Iron look and feel, and decorated the space with Philadelphian inspired flair.  The facility was now an all purpose building that could host a sports crowd, dance parties and private special events.

While the restaurant underwent renovations, MBB work on designing the logo, marketing materials and laid out goals for the restaurant.  Tony Luke’s Sports Bar was transformed into Flat Iron, a bar and restaurant featuring dancing and live music in a matter of months.

A new menu was designed featuring bar favorites and classics with a twist.  MBB also developed on-boarding procedures, an employee manual, daily operation checklists and kitchen standards.  Before opening, MBB hired and trained a complete staff from dishwashers to managers.

Flat Iron opened in May 2014, and after 6 months Flat Iron generated revenues equal to Tony Luke’s Sports Bar during operation, leaving the restaurant in a cash surplus.  Flat Iron quickly became a recognized food and beverage hang out in Philly.  It also became a leader in local neighborhood on-premise and off-premise catering. Flat Iron garned attention of local and national media with mentions on Thrillist.com (The 12 Best French Fries in Philly, The 19 Best New Restaurants in Philly), The South Philly Review and RowHome Magazine.

Unique promotions brought visitors to South Philly when they usually stay in Center City.  Bex from Wired 96.5 hosts “Girls Night Out” and Flat Iron provides special events targetedto women to bring girls out on Wednesday nights. Eagles player and WIP host Hollis Thomas took on Tony Luke Jr. in a wing eating contest hosted by Tony Bruno; the winner had $250 donated to their charity of choice.  Eagles linebacker Bryan Braman hosted a Toys for Tots toy drive at Flat Iron and created his own “Braman Burger”, proceeds from each burger sold benefits Toys for Tots. Flyers Legend Bernie Parent had a booth and burger dedicated in his honor, and was on hand to celebrate the dedication.  Local DJ’s DJ Quigs and DJ Lil Louie C rocked the house from happy hour to close on a weekly basis.  Live entertainment including bands, quizzo, DJ’s and guest bartenders solidified Flat Iron as a hotspot in South Philly.

In January 2015, MBB was able to successfully transfer ownership and operations to a new owner. 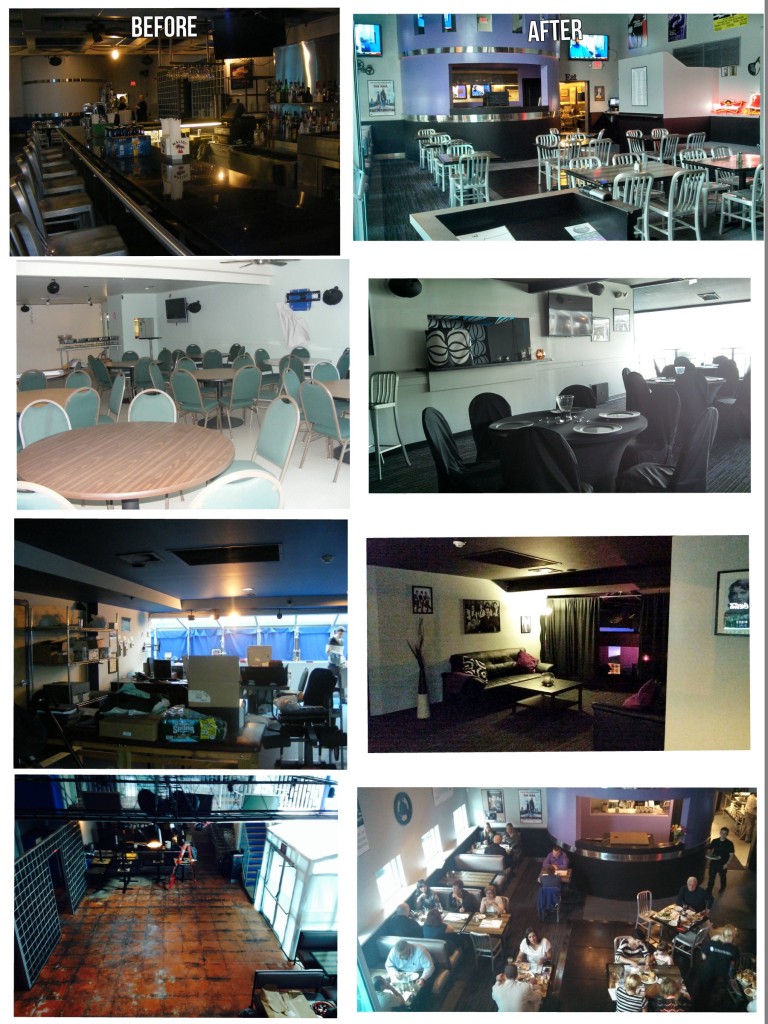