Chaps looks to beef up restaurant options in Centre Region 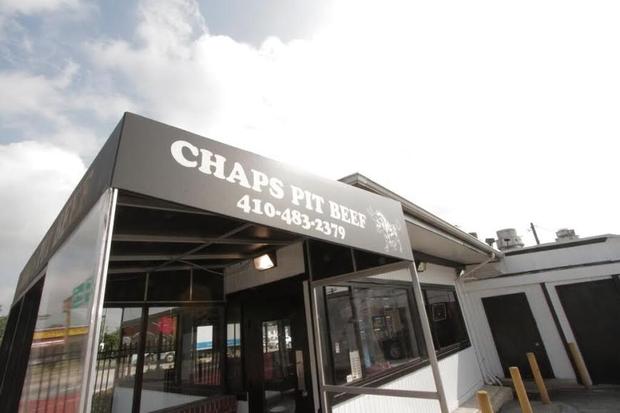 Everyone who has ever been to Chaps Pit Beef Restaurant, he said, has a favorite.

The Baltimore eatery hopes to spread its good taste in destinations around the world, one of them being the State College area.

“I don’t think there’s any area that would not be a potential area in which we could be very successful,” Ludes, the MBB Management director of business development, said.

The company based out of New Jersey, is the driving force behind Chaps’ expansion. The eatery, which has one location and is in its 28th year of business, recently decided to spread the wealth and look for potential franchisee locations.

A Chaps near Penn State, they believe, is a no-brainer.

“Penn State, it’s an international university,” Ludes said. “I know the city well, and I worked for the second or third largest employer there, Shaner, for years and developed hotels, not there, but I was there a lot, and during school, the town is great for business. Now, in the summertime I know it shrinks a lot, but I’m sure locals would love the experience and concept and would love it year-round.”

“Everything is cooked to order in front of you,” he said. “They take the meat off the pit and onto a slicer and cut big pieces of turkey, ham or beef, whatever you ordered, right in front of you and when it’s done they wrap it up for you to go or stay and eat.”

The restaurant, owned by Bob and Donna Creager, and MBB Management are still formulating requirements for potential investors interested in being franchisees.

“We’ve been with (Chaps) for six weeks, and we are creating their licensing and franchising model and creating legal and franchising documents,” Ludes said. “It may take six to eight weeks for us to entertain serious opportunities in State College and everywhere else.”

Financial requirements, he said, would definitely be a part of the equation to franchise a Chaps, which has already received dozens of inquiries from investors after the restaurant announced its expansion plan in late July.

The eatery, which has been featured on shows like the Food Network’s “The Best Thing I Ever Ate” and the Travel Channel’s “Man vs. Food,” could have its first franchisee locations up and running by June, according to Ludes.